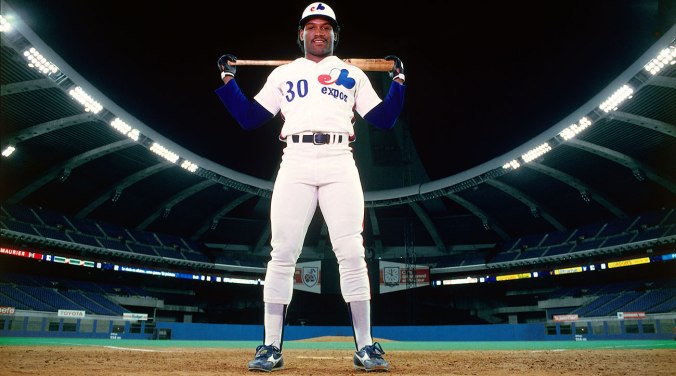 For those of you who may have been on the moon this week, Tim Raines will finally be entering the Baseball Hall of Fame. My favourite baseball player ever,  on and off the field,  has finally gotten his prime reward. He is the best base stealer ever. But don’t just take my word for it.

I’m too young to remember Rock coming into the league, butI remember him at a time when he and the other 2 Expo Hall of Famers took up 3 of the first 4 hitting spots in the order. In those days,  your no.2 guy was there to help put the runner in scoring position. You gave up an out to get 2 whacks from the big guys. André Dawson and Gary Carter were reliable players and the Expos had the making of a dynasty. But somehow they fell short because the Pittsburgh Pirates were just one game better,  they didn’t get the call from the umpire,  or their best season ever was strike shortened. But this isn’t about the Expos. It’s about “Rock” Raines. 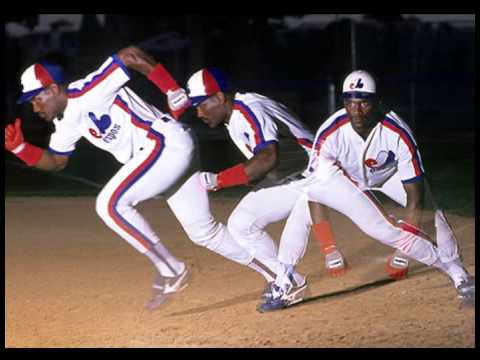 I remember it was a Thursday evening on the balcony. My transistor radio with me and my scorecard out. I was one of those fanatic baseball nerds,  scoring my games and all.  And it was to be a classic Tim Raines top of the first. We were playing the St Louis Cardinals on the road. The middle of a grueling 10game road trip. Steve Rogers was pitching and everyone was healthy. I don’t recall the Cardinals pitcher. Could it be Magraine? Don’t quote me on that.

HOW TO MANUFACTURE A RUN :

It’s dangerous to have Timmy at bat with a 2-0 count. He will almost always take the next pitch. 2-1. He fouls off the next. And the one after that. Low and away. Magraine breathes, winds up, delivers,  misses away. Raines draws a walk.

Rodney Scott was one of the most underrated 2nd place hitters in baseball. He was having problems batting that year. His average was. 201 at the time of this at-bat.  He had the pleasure of batting after Rock. He also had the burdenof batting after Rock.  He seemed to be so cool out there. He knew his job was “make sure Timmy somehow finds himself in scoring position “. The role of the classic 1980s 2nd place hitter was to sacrifice his stats for the good of the team. Scott’s stats could not be quantified. There’s no stat for swinging knowingly at a bad pitch,  for example. There’s equally no stat for most productive bunts.
So Rodney’s at the plate. He let a pitch go for a ball. Raines was leading at 1st. 3 erratic throws to 1st by the St Louis pitcher. In comes a pitch high and Scott takes a big swing through it.  Raines runs for second. SAFE. Now Rodney can be more selective. Raines almost never stole 3rd. He didn’t want to take the bat out of Hawk (Dawson) or Kid’s (Carter) hands. Rodney surprised the infield with a small bunt down the 1st base line. Raines easily goes to 3rd. Scott’s average remains at. 201 with the sacrifice. Only he and Dave Kingman can get away with such abysmal averages

Dawson walks. Up comes Carter. Swing and a miss. Dawson allowed to trot to second.  Carter with a weak fly to right. Raines runs and scores anyway.

And that’s how you manufacture a run. No hits. It happened so often in the mid -80s.

I love Raines because he was human. A good human who never seemed to lose his smile and who exemplified how someone at the peak of their life should treat others. And Raines became a cocaine addict and overcome and never faltered again. Again, part of being human.

I’m so glad that Tim Raines will finally be inducted in Cooperstown this year. It’s been a long time.

6 thoughts on “Tim Raines Is the Best Base Stealer Ever ”