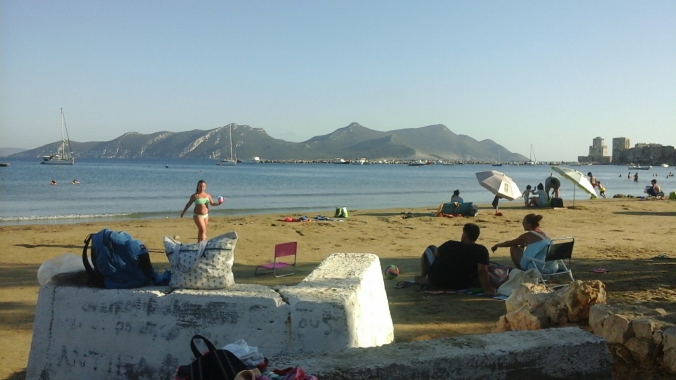 There’s always been that image in the heads of Methonians with Sapienza in the background. It’s that ever present island in the back of most postcards.  After the bourtzi of the 14th century castle,  Sapienza is the emblem of the enduring spirit of Methoni.

Joanie came with my ice cold Freddo.  The Frappé was passé according to those who counted, the youth.  Meanwhile, the hotel manager came to ease a guest’s concerns. Some people were leaving their beach towels on the beach chairs overnight so they can have them available when they came to the beach the next morning. The nice manager said he had the boy on it and any future premature towels would be removed by 7 am the following morning. 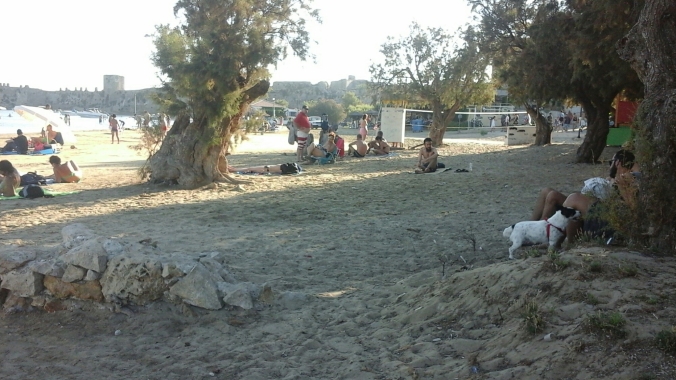